Does a Dual-Monitor Setup Improve Productivity? 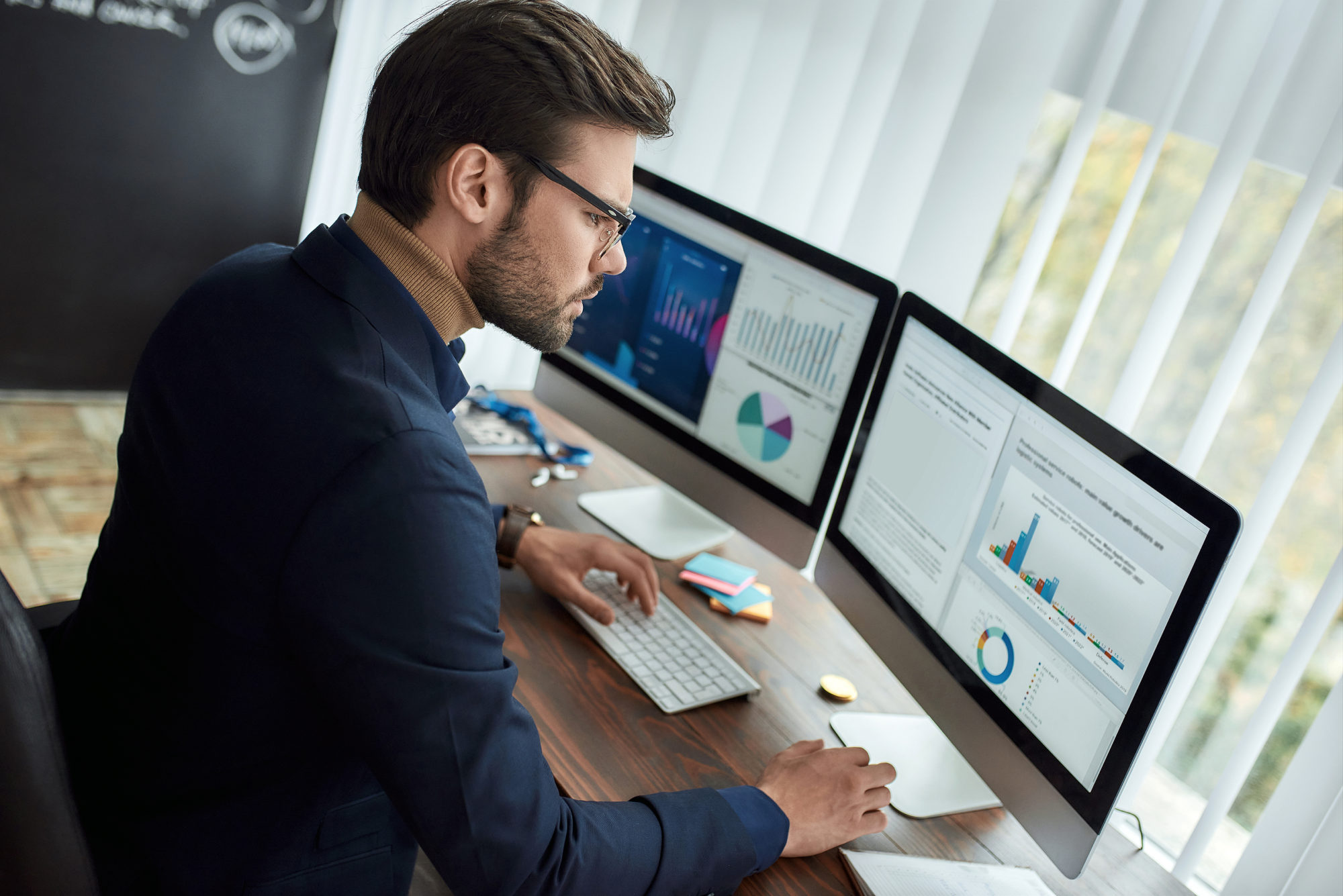 Is using two monitors just showing off, or is there real value to this setup? That’s a question that some DFW business owners have been asking themselves as more offices have begun adding another monitor to employee computers.

Using two monitors isn’t just an extravagance, it has some real productivity benefits that can positively impact a company in multiple ways.

When planning for cost-efficient IT projects that will provide a short payback and offer the best value across an entire organization, switching from a single monitor to a dual-monitor setup is definitely one that you should consider.

Adding a second monitor is on the low end of investment cost when upgrading technology infrastructure. It also doesn’t take much time or effort to install, and there’s a very low learning curve for users.

A two-monitor setup can solve common user issues, such as:

Let’s get into the biggest benefits of switching your office to a dual-monitor setup, which includes the large gains in productivity.

Because the screen space you have to work with impacts your entire computer-based workflow, the time savings quickly add up.

Here are some of the statistics that illustrate the productivity benefits of a two-display setup.

Over 15 years, Jon Peddie Research conducted three separate studies on the effectiveness of a two-monitor setup compared to using just one monitor.

It found that the overall average productivity boost was 42% when users added that second monitor.

The firm also found that between 2002 and 2017, there’s been a significant rise in the use of two monitors, with a compound annual growth rate of 10%. The company’s namesake put it simply saying, “The more you can see, the more you can do.”

Dell White Paper on Dual-Monitor Use

A white paper by Dell looked at research from several schools, including Wichita State University, the University of Utah, and the Georgia Institute of Technology. An interesting aspect of some of these studies is that they compared two sizes of single monitor setups to two sizes of two-monitor setups.

Users scored the setups on multiple factors on a scale of 1-10. Here are some of those results:

Some of the user comments, when asked about the experience of switching to two monitors from just one, were:

“I was having to switch back and forth between multiple windows, so this configuration gave me the most screen space, allowing me to view four windows at one time easily.”

“The two-screen layout made finding information easy and quick.”

The productivity boost found in the Dell report was 44% for text tasks and 29% for spreadsheet tasks.

Whether you’re your own boss and work solo as a freelancer or you have an office full of employees, adding a second monitor can have a big impact on time savings and productivity improvement.

Here are some of the reasons to consider adding an additional monitor to your and/or your employees’ computers.

The cost of a monitor is only about $160 to $250, but the productivity boost is over 40%. Which puts the payback, at less than a month, and in many cases less than two weeks.

When people must continually switch between different windows, their thought process can become interrupted which leads to mistakes.

With dual-monitors, users can have more windows open at the same time, reducing the chance of mistakes and making it easier to do side-by-side comparison tasks.

As Jon Peddie says, you can do things faster when you have more screen space to work with. This includes everything from being able to get around in a program with less scrolling to finding information in folders faster.

Do Your Office Processes Need an Efficiency Upgrade?

Cloudadvize can work with your Dallas-Fort Worth business to find efficiency upgrades that are low cost and high reward.