Are All Your Software & Hardware Updated? Here’s Why It’s Critical That They Are 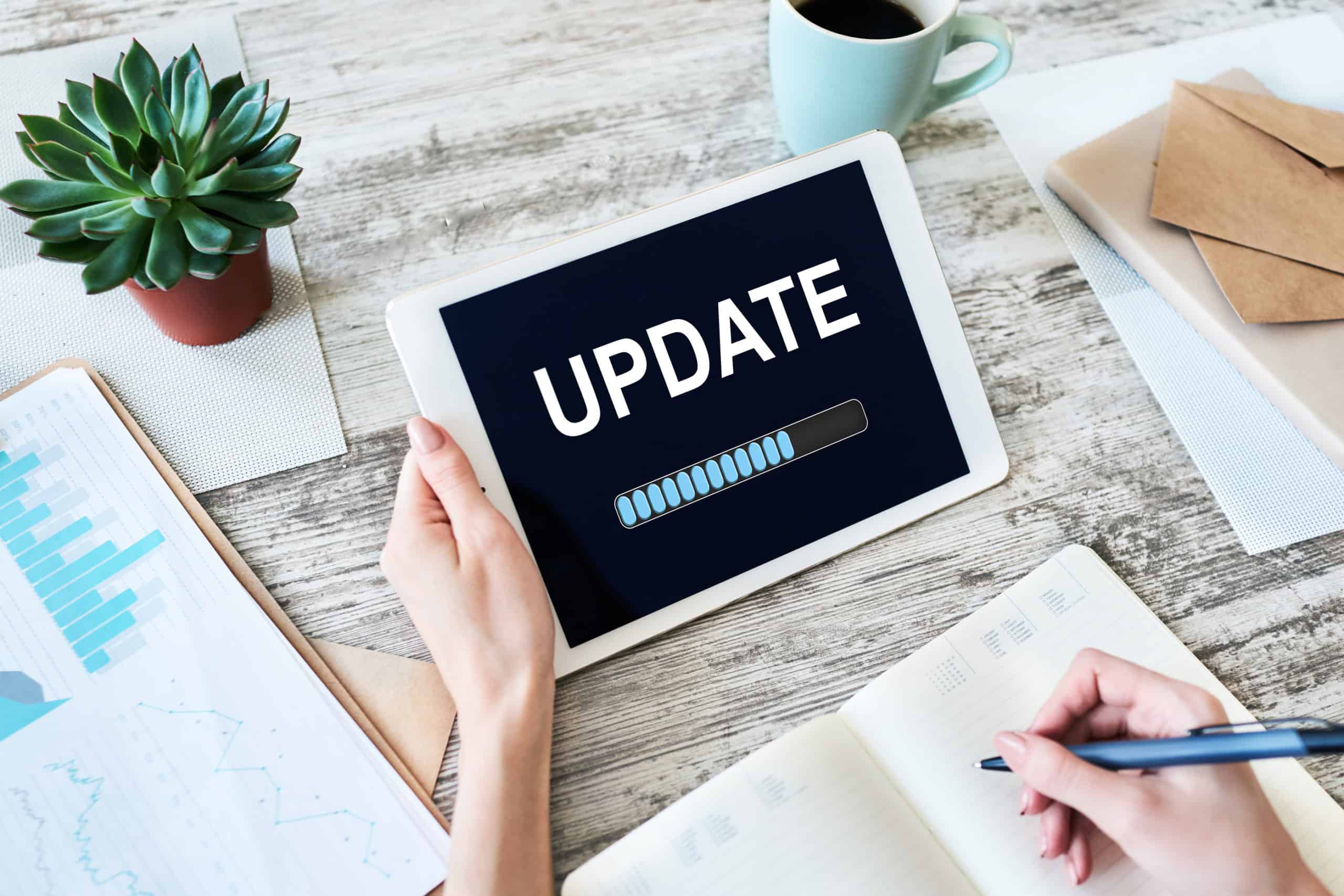 You’re working away, in the zone, then all of the sudden your computer starts slowing down and a window pops up asking you to do an application update. You quickly click it away, not wanting to interrupt your work and just as quickly, forget about it.

Until a few months later, when you get a malware infection and find out that the security patch that would’ve kept it from happening was in that update you never applied.

This scenario happens all too often. If you remember that large Equifax data breach that happened a few years back exposing the personal data of millions of people, it happened just as described above. A system vulnerability was exploited that had a patch (never applied) for it released just two months prior.

While those operating system (OS), cloud services, and firmware updates can be inconvenient, they’re critical to ensuring network and device security and protecting your business from a data breach.

60% of data breaches that happened in 2019 were the result of a hacker exploiting an unpatched vulnerability that had a patch previously issued.

A majority of the data breaches that happened last year could’ve been prevented if only software, OS, and firmware updates had been applied in a timely manner.

IT security is just one of the reasons that those updates are important. Read on to learn what’s typically included in those updates and what type of updates you should be applying to your devices.

What’s Included in an Update?

Updates are bits of code that improve specific areas of your IT infrastructure. They can be issued as a planned upgrade to a software or as an emergency fix. Here are the things that are typically included in a software or firmware (for hardware) update:

What Do I Need to Update?

If you think you’re okay if you’re just applying your Windows 10 or macOS updates, you’ll be leaving your network vulnerable.

Beyond operating systems, there are several different types of updates to an IT infrastructure and all of them are important.

Operating system updates can be anything from short updates that take a few minutes to major updates that take an hour or more. You’ll typically want to make sure you’re properly backed up before doing an OS update, just in case.

Windows 10 gives you the ability to control how updates are applied (automatically or on a schedule), which helps reduce problems with being interrupted with an update when you’re in the middle of something.

Likewise, Mac users also get an option to apply an OS update “now” or schedule it for later.

The applications you use will also have updates that need to be applied. Hackers can use a particular software vulnerability to get into an entire network. This includes both computer and mobile device app updates.

You should look for updates being issued for both cloud and non-cloud applications that you use.

Firmware updates are applied to hardware components of IT infrastructure, like a router or server. You’ll also see firmware updates on your computer for things like a BIOS controller or graphics card.

Firmware updates often go unapplied because they don’t typically have the same type of alert system that you get with OS and software updates. However, they’re just as important!

You’ll want to check any notification areas on your PC for firmware updates regularly. Servers, routers, and any smart devices (like a smart security camera) also need to have their firmware updated regularly or they can cause a data breach of your network.

Make Updates Easy by Having Them Automated

Updates can be time consuming if you have multiple devices in your organization. Take the stress out of updates by signing up for a managed IT services plan with Cloudavize. We’ll handle everything for you!

Contact Cloudavize today for a free consultation and to get started.